The Racial DNA of The United States of Amnesia

We're one week exactly from the most historic election in American history, and I continue documenting events during this period. I'm writing this from Thurgood Marshall/Baltimore-Washington International Airport while waiting for a flight to Toledo Ohio where I will be speaking to city residents on how to talk about racism.

My job should be easy tonight since yesterday a plot was uncovered to assassinate Barack Obama. Two white white supremacists from Tennessee were planning on killing 88 Africans in America, don all white tuxedoes then die in a hail of bullets attempting to kill Barack Obama. The news media is covering these events heavily and pundits are snickering about the absurdity of the plot and portray the two would-be assassins, Daniel Cowart and Paul Schlesselman on the fringes of society and dismiss them as malcontent looney tunes vying for attention.

They represent a large segment of the United States that has tolerated the existence of white supremacist groups since the founding of the Ku Klux Klan on Christmas Eve 1865, in Pulaski Tennessee. Like albino roaches, the KKK, Neo-Nazi, Skinheads and other white supremacist groups are born as mutant offspring of an America that spawns domestic terrorism against Black people. Members of these groups know that they say and practice what is on the minds of many white Americans too afraid to express their hatred toward Black people openly, but code it in syrupy language such as, "Country First!", "not like us", "Obama associates with terrorists" and "I just can't identify with him."

We forget how the KKK has a history of influence on electoral politics, particularly presidential elections particularly between 1915 and 1944.

We forget that white supremacists have routinely been found innocent despite overwhelming evidence that they are guilty of killing Africans in America.

We forget that Tuskegee University recorded 3,437 lynchings of Black people between 1880 and 1951, though some estimate that the number of unrecorded lynchings could be double or triple that amount.

We forget that embedded in the minds of many white women is that they will be paid attention to, rescued and exonerated from crimes if they blame an imaginary Black man for molestng, raping or hurting them. Behold the dumpy looking Ashley Todd last week accusing an imaginary "6 foot 4 inch" Black man with "shiny shoes" of carving a "backward 'B'" on her cheek and sticking his hand up her dress because "he" was angry about her support for John McCain. Salivating conservatives like McCain's Pennsylvania media director exaggerated the claims of "victim" Todd before she confessed that she had lied about the entire incident.

Yes, white supremacists know that embedded in the racist wombs of many white people is a primeval fear of Black people and how these wombs can become racist embryos if the right racial sperm penetrates them.

And so does Sarah Palin...

They all understand the racial DNA of the United States of America all too well...
Posted by Ray at 7:42 AM 1 comment: 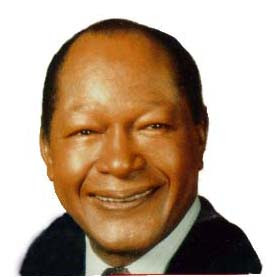 We've heard so much about the so-called "Bradley Effect" regarding race and this year's presidential election. I still am amazed how media, like the proverbial snowball rolling down the hill, can turn non-issues into "reality", distort history and confuse their viewing public.

Repeat after me: "THE SO-CALLED 'BRADLEY EFFECT IS PURE FICTION!"

Read the following New York Times written by Blair Levin who actually worked on the 1982 campaign for the late mayor of Los Angeles, Tom Bradley...

WITH only two weeks to go before the election, talk has turned to the Bradley effect. The phenomenon is named for Tom Bradley, the African-American mayor of Los Angeles, who lost the 1982 California governor’s race even though exit polls predicted he’d defeat his Republican opponent, George Deukmejian. Some white people, the theory goes, tell pollsters they will vote for black candidates and then, once in the voting booth, don’t.

While it’s no surprise that this has become a topic of discussion as John McCain and Barack Obama near the finish line, as someone who worked for Bradley’s campaign, I think it’s worth pointing out that the effect has been widely misunderstood.

On election night in 1982, with 3,000 supporters celebrating prematurely at a downtown hotel, I was upstairs reviewing early results that suggested Bradley would probably lose.

But he wasn’t losing because of race. He was losing because an unpopular gun control initiative and an aggressive Republican absentee ballot program generated hundreds of thousands of Republican votes no pollster anticipated, giving Mr. Deukmejian a narrow victory.

This is not to say that race wasn’t an issue; it was in 1982 and it has been since. But to those who keep citing the Bradley effect — not so fast. It’s more complicated than you think.

As we’re on the subject, we should free Tom Bradley’s name from an association he would have abhorred. After all, he practiced the sort of politics whose goal was to bring people together, not to play up their differences. He was the opposite of the “Us vs. Them” politics so often cited as demonstrating the Bradley effect.

I worked for Bradley in his 1973 mayoral campaign against Sam Yorty, the incumbent. Bradley was holding his own. But a key group, Jewish voters, was up for grabs. One Sunday, I drove Bradley to a banquet with a Jewish group. Walking in, I noticed many men wearing yarmulkes. I had one in my jacket and gave it to Bradley. He put it in his pocket.

When the event began, Yorty was called to the podium and given a yarmulke, which he put on. Then Bradley was called up. When offered a yarmulke, he said, “I have my own,” reached into his pocket, took it out and put it on. The response? Laughter, applause, smiles. It sent a message not of pandering — “I am one of you” — but rather, “We are all in this together.”

Bradley won the day and then the election. Over 20 years as mayor, he had the same effect on many diverse audiences. To me, that’s the real Bradley effect.

Blair Levin is managing director of a financial services firm.
Posted by Ray at 7:28 AM No comments:

Still blogging after all these years, especially now as we countdown to the most historic presidential election in American history...

The nearer we get to the election, the higher the anxiety is among people classified as white struggling with their racism. Five other points to ponder:

1. Consider the idiot who got up last Friday night and said that Barack Obama was an "Arab" (??!!)

2. The racism tolerated by both Muckain and Palinothology have come back to haunt them so that they are actually forced to defend Obama against the vile and vicious attacks of Joe and Josephine Six Pack. Like Shelley's monster, the encouragement of racist chants during political rallies has come back to haunt them. John Lewis likened the Muckain's rallies to those of George Wallace in 1972 that were a feeding frenzy for racists disguised as populism.

3. Muckain is plummeting in the polls and Americans are saying they're tired of the attacks on Obama.

4. The economy is on a roller coaster ride globally. It is a pyrrhic victory for Obama since the mess caused by Bush's "deregulation" and lack of oversight by a Republican Congress from 2000 to 2006 has created an unprecedented global financial crisis.

5. Palinothology's being found guilty of ethics violations by an Alaskan legislative committee.

It is fascinating how the media is now pumping up the notion of the so-called "Bradley Effect" which refers to the failed 1982 gubernatorial bid of Thomas Bradley because white voters lied to pollsters about who they would vote actually for.

CNN and other news outlets are raising the same specter with Obama's campaign and reports that he could lose as many as six points due to the fact that whites lie about voting for Black candidates to pollsters and actually vote for white candidates when the voting booths curtains are closed. It's almost as if the media is suggesting that white voters actually do this at the very last minute, and mentioning it over and over provides a "See? I'm not the only one who feels this way" rationale for the individual sitting on the white supremacy fence.

I think that this campaign will be written about for decades because so many ugly but ever present issues are surfacing: racism, sexism, voter disenfranchisement, experience of elected officials and the relationship between religion and the state.

Racism and the Election: Slithering into November 4...

I've decided to do a daily blog from now until November 4 about this historic election. It is important that Africans in America provide an historical voice about what is going on now so that generations who follow might read Ourvoices rather than what a future or even contemporary white historian says about these events.

Last night I watched the debate between Barack and McCain. I got a little nostalgic since the debate took place at Belmont University, just a few miles from where I taught at Vanderbilt and Fisk Universities for 22 years while I lived in Nashville.

McCain is a mean-spirited S.O.B. and when he pointed to Barack as "that one", while lying about an energy bill, I winced since it reminded me of the "you people" comment of Ross Perot during the 1992 Presidential campaign. McCain's campaign is in a desperate situation since it's behind in all of the national polls. Sarah "Hockey Mom" Palin is appealing to white racists in a speech she made two days ago in Florida. Blackfolk are very skilled at reading coded racist language, simply because of the fact we have to in order to survive in a white supremacist society. I don't expect either Palin or McCain to apologize for their not-so-coded racist remarks. They're appealing to the hardcore white supremacist element that comprises a third of all of those who will vote in the first place and their votes are definitely needed to get McCain back in the race.

Stock markets around the world are tanking and the stupid $700 billion "bailout-to-Wall Street-executives" simply isn't working. This has been to Barack's advantage since Americans see the Democrats are viewed as being better able to handle the economy. Are we looking at a global depression? Who knows, but regardless the end of America white supremacist rule over the world is waning...
Posted by Ray at 10:55 AM 1 comment: