PETAA: People for the Ethical Treatment of All Afrikans 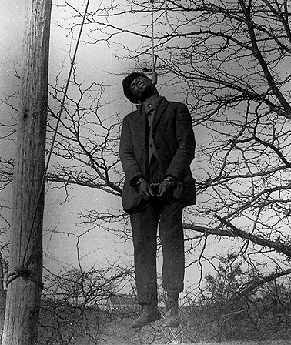 1. Whenever an Afrikan is beaten, killed or maimed by a white supremacist, there will be a feeding frenzy on the perpetrator(s) that will call for their lynching, castration or both. At the time of this posting and according to google, 19,752 postings were related to the Vick case. We will call for similar media coverage for the Jena Six or the victims of the Katrina who were "mercifully" killed by nurses and doctors.

2. Members must be willing to hug an Afrikan who has been mistreated and if possible kiss them in the mouth.

3. U. S. Senators who are outraged by the abuse of Afrikans must cry on the Senate Floor.

4. A website should be erected that will thank the prosecutors who successfully try those who have abused Afrikans.

5. Background information and possible reasons why the white supremacist abused, killed or maimed the Afrikan will not be given. This will only be done for people who are privileged and white like Paris Hilton, Lindsey Lohan and Robert Downey, Jr.

Membership materials will be offered at a later posting. Until such time, make sure you hug an Afrikan, and cry when you hear that one has been mistreated, killed, maimed or wrongfully imprisoned...
Posted by Ray at 11:19 AM No comments:

Is Hillary Clinton White Enough to Be President?

During the last few months, there have been numerous articles about whether or not Barack Obama is "black enough" to be President of the United States. Given the enormous importance of such questions in a white supremacist society, particularly as a way of creating doubt about the political commitment of Barack to the American Afrikan community, I thought I would list suspicions I have over candidate Clinton's "whiteness" and whether or not white people feel she is qualified to represent their interests in the White (no pun intended) House...here are my observations:

1. She admits being in an interracial marriage since her husband was declared by Toni Morrison as being "America's first Black President".

2. She admits that when she is around a lot of Black people, she lapses into a "southern Black dialect". Hear her "talk that talk" at: http://www.ifilm.com/profile/breitbart/video/2829104

3. Other than Barack Obama, she has the thickest lips of any candidate.

4. Magazines publish racy photos of her (as they do with Blackwomen) on the cover of their magazines.

5. She spent a lot of time in Arkansas, a state with a Black population of 16% which is above the national average.

So there you have it. Hillary seems to have been around just too many Blackfolks to occupy the White House. White America needs to get a whiter candidate that reflects Amerikkkan values such as eating white bread, wearing Elizabeth Ashley attire, saying that Elvis is still alive and listening to knowledgeable radio pundits such as Rush Limbaugh. Next thing you know she'll be eatin' watermelon, slappin' high fives, and sayin' that her milkshake brings all the boys to the yard...
Posted by Ray at 4:24 PM 6 comments: